What You Need to Know About Your DWI Police Report 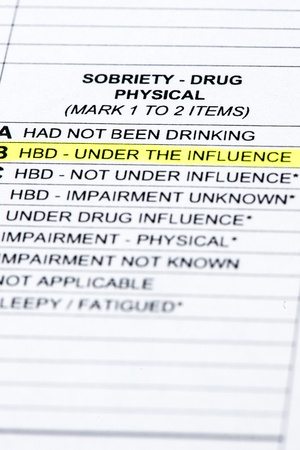 The Police Report Reveals the Evidence the Prosecution Has Against You

Police Often Report General “Evidence” and Will Stick to It

You may be shocked when you read the police report written about yourself. It may have language in it that depicts you as clearly intoxicated, even if none of it was true. Police officers very often report that those arrested for a DWI had:

The officer’s testimony can be difficult to refute, because often, it’s just their observations. Police officers, when taking the stand, will rarely go against the police report. They may ask for the report beforehand to “refresh their memory,” to ensure that their testimony doesn’t stray. This means that to testify against you, the officer doesn’t actually have to remember anything about you or the arrest.

You Can Use the Police Report to Your Advantage

By using the police report to prepare for your case, you and your DWI lawyer can gather evidence to refute the claims. For example, you took a selfie and posted it to social media before you got in your car, minutes before your arrest. Perhaps that selfie shows you with clear eyes and clean clothing. You may have witnesses who can refute some or all of the officer’s observations about the driver. Additionally, your attorney could have chemical tests dismissed if there is reason to doubt the tests’ validity.