Should You Agree to Take a Field Sobriety Test? 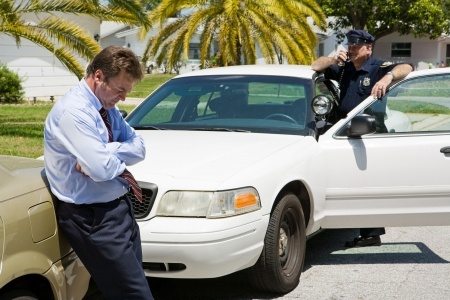 A field sobriety test generally consists of three separate tests. These tests include the horizontal gaze nystagmus test, the walk and turn test, and the one leg stand test. Each of these tests is designed to gauge how well you follow directions and perform the test. This includes your ability to keep your balance or hold a gaze without your eyes moving. Studies show that even completely sober people are unable to “pass” these tests. This often leads to an arrest despite what a breathalyzer machine may indicate.

Field sobriety testing is subjective. This means the officer judges whether you “pass” or “fail” based on their own opinion. There are several scenarios in which a person who is sober could fail. For example, if the officer has you walk and turn on gravel, you could lose your footing on the loose stones. Or, if you don’t understand the instructions for a test because the officer phrased them in a confusing way, you could fail because the officer believes you are too intoxicated to follow directions.

Are There Consequences for Declining a Field Sobriety Test?

Other than potentially frustrating the police officer, you should not face any consequences for politely declining a field sobriety test. Because the tests are opinion based and are so easy to fail, it is usually in your best interest not to take one at all. This is regardless of what the police officer who stopped you says.

If you’ve been arrested for a DWI, it’s important that you contact an experienced lawyer who can help defend you. If you did take a field sobriety test, your lawyer will likely work to find ways to discredit the test. Contact New York DWI lawyer Mark Cossuto today for a consultation at 718) 852-8047.