What Happens If You Refuse a Breathalyzer Test in New York? 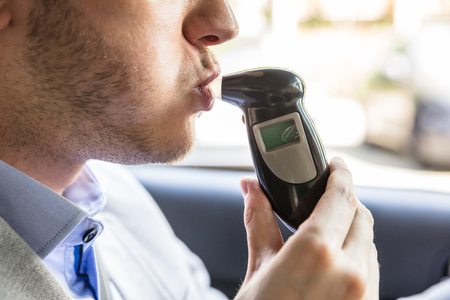 If you’re pulled over on suspicion of driving while intoxicated, chances are the officer who stopped you will ask you to submit to a breathalyzer test. A breathalyzer test is a portable device that you blow into that will measure your BAC, or blood alcohol content, and if over 0.08% (0.04% for commercial drivers), you will likely be arrested for a DWI. Can you refuse a breathalyzer test in New York, and if so, what happens if you do?

New York, along with almost all other states, has what is known as implied consent laws. These laws state that when you obtain your license and operate a vehicle, you are automatically giving consent to chemical testing. Because you’ve essentially already given your consent when asked to submit to a breathalyzer test, there are consequences to declining.

Is It Legal to Refuse a Breathalyzer?

You do legally have the right to refuse a breathalyzer test, along with any other form of chemical testing, such as urine or blood testing. If an officer asks you to submit to chemical testing, you can decline and the officer may not force you to. At this time, however, the officer will most likely inform you of the penalties you face if you refuse the test and may ask you again if you’re sure you want to refuse.

Penalties for Refusing a Breathalyzer

Although you can refuse a breathalyzer test in New York, that doesn’t necessarily mean it’s in your best interest to do so. Your license will automatically be suspended for a year, and you’ll be fined $500. Even if you are acquitted of the original DWI charge, the charge for refusing a breathalyzer (considered a traffic infraction) remains on your criminal and driving record.

When to Call a New York DWI Attorney

If you’ve been arrested and charged with a DWI, it’s important that you contact a lawyer as soon as possible. This is especially true if you were pulled over and refused to submit to a breathalyzer test without knowing what the penalties would be if you did. Brooklyn DWI lawyer Mark Cossuto understands how difficult facing a drinking and driving charge can be. He is committed to providing you with comprehensive legal assistance after a DWI arrest. Call now for a consultation at (800) 609-4545.