DWI Checkpoints: Are They Legal? 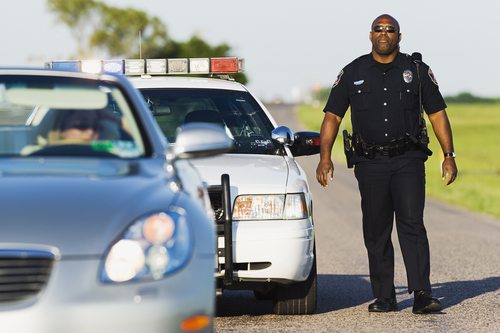 In every state, it’s illegal to drive a vehicle while under the influence of alcohol (DWI). However, the rights of citizens — even when they are suspected of drinking and driving — are protected by constitutional law and police officers are limited in how they can identify and detain suspected intoxicated drivers.

DWI checkpoints can help law enforcement officers remove many inebriated motorists from the roads quickly and at one time, but are they legal? What should you do if you’re arrested at a DWI roadblock?

What Is a DWI Checkpoint?

A DWI checkpoint, also sometimes called a DWI roadblock, is a preselected area of road where police officers can stop drivers randomly and check them for evidence of driving while intoxicated, which may include a breathalyzer test. Police forces tend to put up DWI checkpoints when the roads are busiest, such as during holidays or local events.

The U.S. Constitution plainly states in the Fourth Amendment that police officers may only stop vehicles when they have probable cause, or reasonable suspicion, that the driver of the vehicle is breaking a law. However, this begs the question of whether DWI checkpoints are a violation of Constitutional rights. The United States Supreme Court ruled that temporary checkpoints do not violate Fourth Amendment rights and the benefit of making the roads safer far outweighs the inconvenience.

Although DWI roadblocks are federally legal, some states disagree. It’s necessary to check your state laws to determine if checkpoints are not allowed in your state.

Under 473 N.E.2d 1 (N.Y. 1984), DUI checkpoints are considered legal across the state of New York. Each checkpoint or roadblock must be chosen at random and must be temporary or mobile. Not all drivers are asked to submit to BAC testing — instead, officers briefly detain and interview drivers, testing those that appear to be intoxicated during the short interview. Drivers who are suspected to be operating their vehicle under the influence may be asked to submit to a breathalyzer or field sobriety testing.

If you’ve been arrested at a DWI checkpoint in Brooklyn or a surrounding area of New York, it’s critical that you reach out to an experienced attorney as soon as possible to protect your rights under the law. Contact Mark Cossuto today for a consultation at (800) 609-4545.